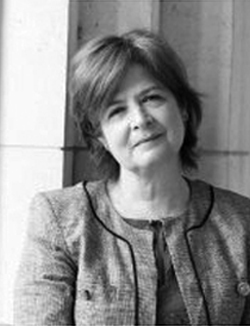 Sarah-Jane qualified as a solicitor in 2004 and subsequently specialised in catastrophic injury, medical negligence and product liability within London and Cardiff  law firms. Sarah-Jane has represented many clients over the years with particular interest in failed Medtronic defibrillator leads, metal on metal hip replacements; and transvaginal tape and surgical mesh claims.

She has campaigned for the safety of prescribed drugs and represents a group of patients who became dependent upon the antidepressant drug, Seroxat. She has previously represented Parkinson’s disease patients who suffered serious adverse effects in response to prescribed dopamine agonist drugs. Sarah-Jane is an assistant Coroner for Cardiff City and Powys, Bridgend and the Glamorgan Valleys. She is a professional musician and holds a private pilot’s licence.

Previously, Sarah-Jane headed a medical research team at Addenbrooke’s Hospital, Cambridge specialising in stem cell neural transplantation as a therapy for neurodegenerative disorders with a particular focus on Alzheimer’s disease.  Previously a fellow of King’s College, Cambridge and past editor of the journals Alzheimer’s Research and Alzheimer’s Reports, Sarah-Jane has published numerous academic papers in both science and law.

In 1992 she founded the Charity now known as Alzheimer’s UK which has raised more than £53m for medical research. She is an active campaigner for increased research into treatments for neurodegenerative disease.

Details of the other Key Individuals at Fortitude Law will be added soon.